« A Closer Look at the Federal Reserve's Securities Lending Program | Main | Historical Echoes: That’s Where the Celebrity Advertising Was, or the Gentleman Bank Robber » 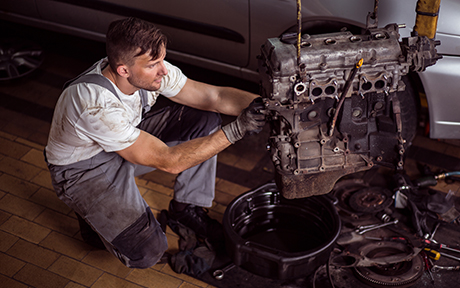 Within the region, New York City remains an engine of growth, posting job gains that surpass the national pace. The City’s strong economy has helped boost growth in many surrounding areas, such as northern New Jersey, Long Island, and Fairfield County. Upstate New York has not fared quite as well, though Buffalo has seen some pickup in job growth, and the Capital Region continues to see sturdy job growth coupled with significant gains in manufacturing jobs. That said, not all the news was positive. Much of central New York has seen little growth, with Utica and Binghamton still yet to recover from the Great Recession. And, unfortunately, Puerto Rico continues to struggle under the weight of economic stagnation, a fiscal crisis, and an acceleration of out-migration.

We also took a fresh look at the types of jobs that have been created through the recovery and subsequent expansion. In the early stages of the recovery, middle-wage job growth was scant in both the nation and the region, continuing a decades-long trend often referred to as job polarization. However, the tide may be turning as many middle-wage jobs—including teachers, construction workers, mechanics, administrative support personnel, and truck drivers—have finally started to return. In fact, between 2013 and 2015, the nation saw more middle-wage jobs created than either higher- or lower-wage jobs, a sharp reversal from earlier patterns of job growth. Many of these middle-wage jobs have also been created here in our region, though the gains have been more significant in some areas than in others.

For more information on job growth in the region, see the economic press briefing web page.

Jason Bram is a research officer in the Group.

Thank you for your comments, Lesley. For this analysis, we used broad occupational categories ranked by median wages to identify our three categories, rather than detailed occupations or educational requirements. We agree that it would be fruitful to explore patterns of job growth using more detailed occupations or ways to identify job skills, such as educational requirements. In fact, we are currently looking into these issues in an effort to refine our initial findings. That said, we believe the broad occupational classification used for this analysis does provide some important insights. In particular, after seeing only modest middle-wage job gains between 2010 and 2013, we observe significant middle-wage job gains in the nation after 2013. Within the middle-wage group, the occupation categories with the largest net job gains were transportation, construction, administrative support, and production which are generally viewed as traditional middle-skill jobs. Such middle-wage job gains were quite strong in downstate New York over this period, but quite a bit weaker in upstate New York. You might also be interested in this blog post by the chief economist of the Department of Labor that looks at national job growth by the wage level of individual workers, regardless of occupation (https://blog.dol.gov/2016/09/01/the-myth-of-job-polarization/). She finds that in the past few years, growth has been strongest among middle- and high-wage jobs, while jobs that pay very low wages have actually declined.

I wonder you would have found if you had examined jobs by educational attainment and experience requirements rather than by wages.

I do not imagine that you'd have found very much (or any) growth in the "middle-skill" area. NYSDOL projected that 63% of the job growth between 2012-2022 would be in jobs requiring a high school diploma or less. Only 8% of the growth was projected to be in jobs requiring more than a high school diploma but less than a bachelor's degree (middle skill).

It would be helpful if the authors could please list the detailed occupations that experienced the most employment growth. I expect they would be home health aides, cashiers, and retail salespersons, and not in skilled trades or other similarly middle-skill fields.

From what I have been able to ascertain, your analysis was run using occupational families, not detailed occupations. How can you account for the variation in wages within, say, healthcare practitioners family that includes everything from neurosurgeons to veterinary technicians.

I look forward to seeing the research in greater detail.