« The Indirect Costs of Lehman’s Bankruptcy | Main | At the New York Fed: Fourth Annual Conference on the Evolving Structure of the U.S. Treasury Market »

Post-Crisis Financial Regulation: Experiences from Both Sides of the Atlantic 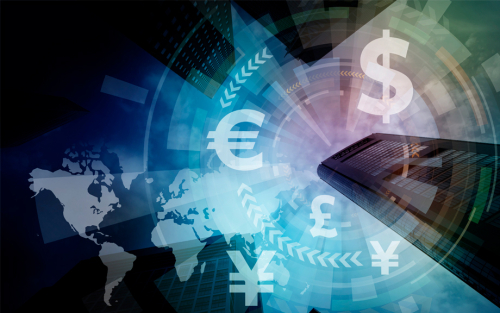 To mark the 100-year anniversary of the Banca d’Italia’s New York office, the Federal Reserve Bank of New York and the Banca d’Italia hosted a workshop on post-crisis financial regulation in November 2018. The goal of the workshop was to discuss differences in regulation between the United States and Europe (and around the globe more broadly), examine gaps in current regulations, identify challenges to be addressed, and raise awareness about the unintended consequences of regulation. The workshop included presentations by researchers from the U.S. and Europe on such topics as market liquidity, funding, and capital requirements. In this post, we present some of the findings and discussions from the workshop.

In her keynote address, Valeria Sannucci, deputy governor of the Banca d’Italia, explained that although significant progress was made in the financial regulatory framework following the crisis, there are now different challenges that require the attention of regulators. One key challenge is the growing importance of non-bank financial intermediaries, whose total assets are now 50 percent above their 2008 level. Other questions include whether FinTech should be regulated and, if so, how and by whom. Sannucci noted that Italy recently updated its regulatory framework for finance companies, investment firms, and other non-bank financial intermediaries to make it more aligned with the framework for banks. Finally, Sannucci warned that regulation cannot loosen during periods of economic expansion because this might lead to excessive financial risk.

The first two papers presented at the workshop focused on how regulatory reforms affect market liquidity. First, Nicola Branzoli and his coauthor Giovanni Guazzarotti explored two questions: whether fund managers use their cash holdings to avoid fire sales and whether they hoard cash in case they need to sell their assets at significant discount. Their analysis documented that fund managers accommodate a significant amount of redemptions using cash to avoid fire sales, and that after fire sales they increase their cash holdings to prevent future investor outflows. The authors’ research suggests that using cash holdings as a regulatory tool can help mitigate the risk of runs and fire sales by open-ended mutual funds.

Next, presenter Marco Macchiavelli and coauthor Luke Pettit discussed the outcomes of the United States’ more stringent implementation (relative to the European Union) of the Basel III framework for large banks, specifically focusing on the liquidity coverage ratio. In their paper, the authors ask whether financial institutions reduced their vulnerabilities in response to post-crisis regulatory changes. They found that U.S. dealers rely less on repos to finance high-quality assets, increase the maturity of repos backed by lower quality collateral, and cut back on trades that downgrade their collateral.

Presenter Caterina Mendicino, and coauthors Kalin Nikolov, Javier Suarez, and Dominik Supera, asked how far capital requirements can be raised without causing unintended consequences for the economy. Their paper uses a macro-banking model to understand the impact of changes in capital regulation on the economy in the short and long run. Mendicino and coauthors found that banks face lower transition costs to meet the new capital requirements when interest rates are low. However, banks encounter higher short-term costs when policy rates approach the lower bound. Finally, Mendicino warned that assessing the optimality of capital requirements against only a long-run horizon may overlook their negative effects in the short run.

Financial Stability and Regulation: The Challenges Ahead

The final session was a panel with the goal of creating an open dialogue on policy-related issues with respect to the challenges that regulators face. There was an overall consensus among panel participants that as a result of post-crisis reforms, the banking system is healthier than it was before the crisis. However, the panelists also suggested that challenges still face policy makers in the implementation of agreed rules for “going concern” institutions and for bank resolutions in crisis situations. Another challenge concerns the role and effectiveness of macroprudential policy measures and their linkages to fiscal and monetary policy. Panelists also observed the increased role of non-bank financial institutions in providing financial intermediation services, and discussed whether the existing regulatory framework for such institutions addresses potential financial stability vulnerabilities. The need for international accounting standards and implementation guidelines for stress tests was also addressed. The panelists could not agree whether banking regulations should vary based on the size of the institutions. Finally, the panel identified gaps in data, especially with respect to nonbanks, and pointed out general shortcomings in information-sharing practices.

Stephanie Clampitt is a senior research analyst in the Bank’s Research and Statistics Group.

Valerio Vacca is a director in the Banca d’Italia’s Financial Stability Directorate.