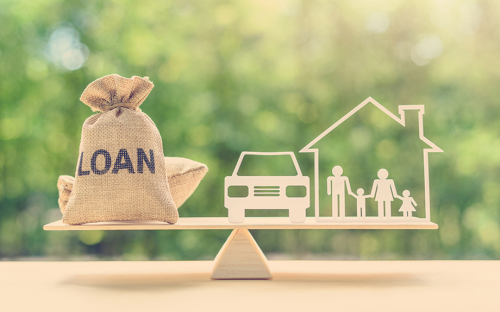 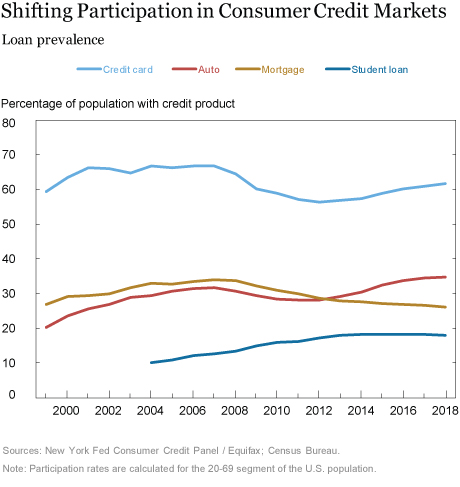 Credit Card Participation by Age
Card participation data reveal interesting trends when disaggregated by age group, as shown in the chart below. The prevalence of credit card accounts declined steeply for young borrowers between 2008 and 2012, partly because the Card Act limited issuance to the youngest borrowers. Older borrowers are far more likely to have a credit card, and their participation rates experienced a much smaller contraction. The youngest borrowers saw a 14 percentage point decline in their participation rate, and by 2012 only 41 percent of those in their twenties had a credit card. This trend has reversed, however, and now more than half (52 percent) of those in their twenties have credit cards. 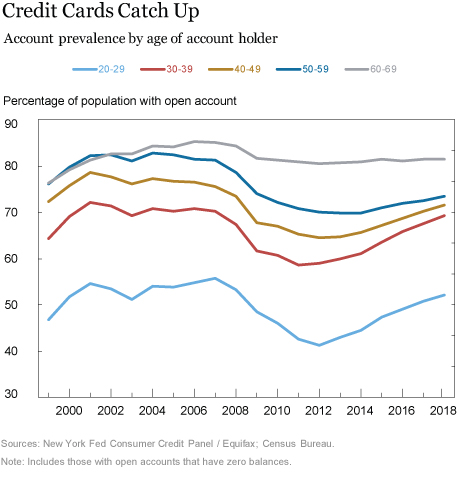 Posted by Blog Author at 11:01:08 AM in Credit, Household, Household Finance