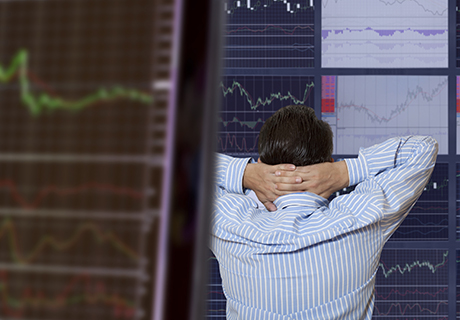 Five years ago today, U.S. Treasury yields plunged and then quickly rebounded for no apparent reason amid high volatility, strained liquidity conditions, and record trading volume in the market. Federal Reserve Chair Jerome Powell, then a Board governor, noted that such episodes, “threaten to erode investor confidence” and that investors need “to have full faith in the structure and functioning of Treasury markets themselves.” The October 15, 2014, “flash rally” led to an interagency staff report on the events of that day, an annual series of Treasury market conferences, additional study of clearing and settlement practices, and the introduction of a new transactions reporting scheme. Many of these developments are discussed in posts (see, for example, here and here) in the Liberty Street Economics archive.

On October 15, 2014, the benchmark 10-year Treasury note traded within a 37-basis-point range, only to close just 6 basis points below its opening level. Moreover, in the narrow window between 9:33 a.m. and 9:45 a.m. ET, the 10-year Treasury yield dropped 16 basis points and then rebounded, without a clear cause. Such a large price change and reversal in such a short time, and without an obvious reason, is unprecedented in the recent history of the Treasury market.

The events of October 15 are described in a report by staff of the U.S. Treasury, the Federal Reserve Board, the New York Fed, the Securities and Exchange Commission, and the Commodity Futures Trading Commission, summarized in this post. While the report does not pinpoint a single cause of the events that day, it does identify notable changes in Treasury market structure. Principal trading firms, for example, were accounting for more than half of traded volume in the electronic interdealer market, a market segment once limited to broker-dealers.

A Series of Treasury Market Conferences

The October 15 episode also led to a continuing series of conferences that provides a forum for examining the evolving Treasury market. These conferences, hosted by the New York Fed and co-sponsored with the other agencies involved in the Joint Staff Report, bring together market participants, policymakers, and academics to discuss the changing market and its drivers. The 2019 conference, for example, featured panel discussions on new developments in debt management, managing risks including liquidity dynamics, and the future of Treasury market structure.

Better Understanding of Clearing and Settlement

The evolving Treasury market has spurred efforts to better understand the extent to which risk management practices have kept pace. To this end, the Treasury Market Practices Group released a consultative white paper, described in this post, on clearing and settlement practices for secondary market trades. The paper describes in detail the many ways Treasury trades are cleared and settled, and identifies potential risk and resiliency issues.

The October 15 flash rally also raised questions about data availability, with the associated report relying on data not typically available to the official sector. Following a deliberative process, described in this post, the Financial Industry Regulatory Authority (FINRA) began requiring the reporting of Treasury transactions by its member broker-dealers as of July 10, 2017, via FINRA’s Trade Reporting and Compliance Engine (TRACE). These data were examined in a post describing trading activity by market segment and in another describing activity by security type and on-the-run/off-the-run status.

For more insight on the Oct. 15, 2014, flash rally and subsequent market developments, see these posts:

Frank M. Keane is a senior policy advisor and a vice president in the Bank’s Markets Group.

Justin Meyer is a manager in the Bank’s Markets Group.