« U.S. Virgin Islands Struggle While Puerto Rico Rebounds | Main | Some Places Are Much More Unequal than Others » 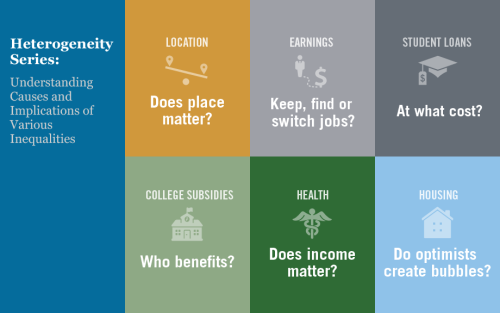 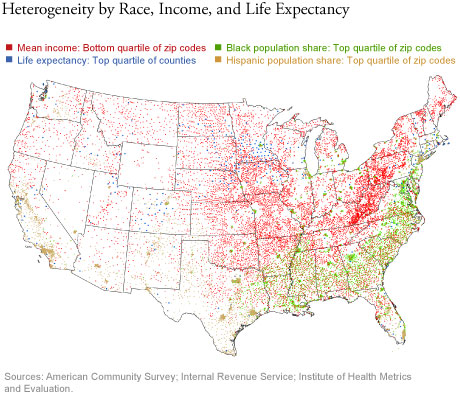 This series of blog posts seeks to document these types of inequalities and analyze their underlying causes. Here is a brief look at each post in the series:

1. “Some Places Are Much More Unequal than Others” (October 7) 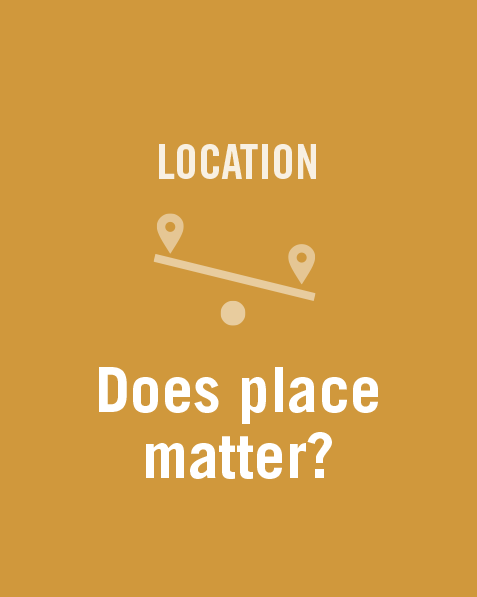 Fatih Karahan, Brendan Moore, and Serdar Ozkan find large inequalities in lifetime earnings growth: workers in the top 1 percent of the lifetime earnings growth distribution enjoy a 27-fold increase in their earnings between ages 25-35, while those in the bottom quartile actually face a decline. The authors then seek to identify the drivers of this staggering heterogeneity and the secret to labor market success.

Analyzing student debt trends from the past fifteen years—massive growth in the scale and prevalence of loan balances, as well as slow repayment rates—Andrew Haughwout, Donghoon Lee, Joelle Scally, and Wilbert van der Klaauw investigate heterogeneities in borrowing and repayment behaviors with respect to neighborhood income. The post finds significant differences that have important ramifications for both policy and practice today.

Rajashri Chakrabarti, William Nober, and Wilbert van der Klaauw cast light on the “free college” debate and the efficacy of various tuition-subsidy programs. Exploiting state merit scholarship programs over almost the past twenty-five years, the post starts by investigating the effect of merit scholarship eligibility on educational enrollment on the one hand and student debt and default on the other. The authors look beyond the average effects to understand whether outcomes are different for individuals from low-income zip codes or zip codes in which a high share of the population is black or Hispanic.

5. “Does U.S. Health Inequality Reflect Income Inequality—or Something Else?” (October 15)

Maxim Pinkovskiy highlights that life expectancy among Americans is becoming increasingly correlated with income, and that inequality in life expectancy is increasing over time. The post first highlights this health inequality and then digs deeper to investigate the drivers. It asks whether this heterogeneity is due to differences in access to health care or the result of other factors, such as the incidence of various health-related behaviors (smoking, obesity, exercise).

6. “Optimists and Pessimists in the Housing Market” (October 16)

Overall, this series underscores the importance of understanding the differential impacts of policy across different groups and neighborhoods, with heterogeneity seen in almost any indicator one can think of in the United States. It is equally important to understand the underlying causes of these inequalities in economic outcomes, beliefs, and other indicators. The posts in this series address both of these challenges. Examining heterogeneous distributions of income, health outcomes, economic beliefs, and debt incidence gives us a much more thorough understanding of policy and practice than a mere investigation of average effects would ever yield. Policies based on insights from such heterogeneity analysis promise to reach disparate sections of our society more effectively than policies targeted at the average person.