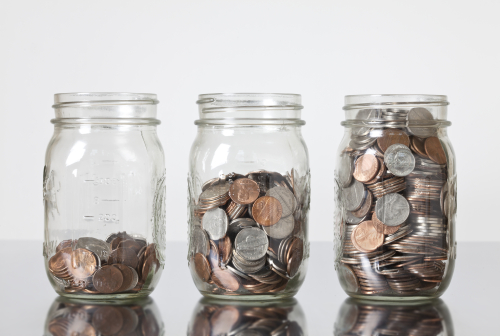 In recent years there has been a lot of interest in the effect of income inequality (heterogeneity) on the economy, from both academics and policymakers. Researchers have developed Heterogeneous Agent New Keynesian (HANK) models that incorporate heterogeneity and uninsurable idiosyncratic risk into the New Keynesian models that have become a cornerstone of monetary policy analysis. This research has argued that heterogeneity and idiosyncratic risk change many features of New Keynesian models – the
transmission of conventional monetary policy, the forward guidance puzzle, fiscal multipliers, the efficacy of targeted transfers and automatic stabilizers, among others. However, the source of the difference between HANK and representative agent New Keynesian (RANK) models remains unclear. This is because HANK models are typically not analytically tractable, leaving it unclear what exactly is driving the results. To shed light on the macroeconomic consequences of heterogeneity, we develop a stylized HANK model that contains key features present in more complicated HANK models.

We use this model to disentangle two important ways in which heterogeneity affects aggregate outcomes. One relates to precautionary savings and cyclical idiosyncratic risk. If households cannot perfectly insure themselves against idiosyncratic shocks, they will save more, and consume less, for a given interest rate. If the risk they face varies over the business cycle—for example, if risk is higher during recessions— households’ demand for precautionary savings will also vary over the cycle, which can amplify or dampen shocks. The second effect relates to heterogeneity in the cyclicality of households’ income and their marginal propensities to consume (MPC). If the households whose income falls the most in recessions also have the highest propensity to consume out of changes in income, this can also be a force amplifying shocks—as emphasized by Bilbiie (2008).

We disentangle these two forces by studying a model in which the second effect is totally absent: households have the same MPC and the same sensitivity of individual income to aggregate income. This means that any difference in our model, relative to a RANK model, can be attributed to precautionary savings and idiosyncratic risk. Another advantage of the modeling assumptions that give all households the same MPC (which are described in more detail in our
working paper) is that the assumptions produce a model that can be linearly aggregated—a pseudo-representative agent New Keynesian (PRANK) model with only four equations—despite the presence of income and wealth heterogeneity.

It is important to note, however, that our model is designed to study ex post, not ex ante heterogeneity. Households in our model are ex ante identical, but end up with heterogeneous assets and debt because of their idiosyncratic histories of income shocks. Our model is not designed to study other sources of ex ante heterogeneity—by race, age, neighborhood and so forth—although these kinds of heterogeneity are obviously important, both in their own right and insofar as they affect the aggregate inequality.

Instead, what turns out to be a crucial determinant of the effect of idiosyncratic income risk on aggregate outcomes is the cyclicality of risk—whether idiosyncratic risk increases or decreases when aggregate output increases. It is easiest to imagine a scenario in which risk is countercyclical, that is, risk increases in a recession, perhaps because households face an increased risk of becoming unemployed. Indeed, empirical estimates generally suggest that either the
variance or the left-skewness
of idiosyncratic income shocks is higher in recessions. However, many quantitative heterogeneous agent models feature procyclical risk. If households face idiosyncratic shocks to their labor income while profits and transfers carry no idiosyncratic risk—a common assumption in this literature—that naturally tends to make risk procyclical. Our model does not take a stand on the cyclicality of risk, and we describe the effect of both procyclical and countercyclical risk.

We find that our HANK economy can reverse this prediction, but only if income risk is strongly procyclical. With procyclical risk, when the monetary authority commits to cut rates in the future, creating a future boom in output, this increases the idiosyncratic risk faced by households in the future. Anticipating this increase in risk, households today increase their precautionary savings, which moderates their desire to spend more today. If instead risk is countercyclical, the forward guidance puzzle is worsened relative to a RANK model: a future interest rate cut is even more stimulative, because it reduces risk in the future, reducing desired precautionary savings and further stimulating output today.

Standard representative agent New Keynesian models also imply that fiscal stimulus should have large output multipliers—that is, increase GDP by more than the increase in spending—when interest rates are at their effective lower bound. This is in part due to the expected inflation channel: when nominal interest rates are fixed at the effective lower bound, higher future spending raises expected inflation, lowers real interest rates, and stimulates current spending. Thus, multipliers are typically greater than 1 and are larger the longer the liquidity trap lasts.

In our HANK economy, the precautionary saving channel can potentially outweigh the effect of expected inflation if risk is procyclical. Although future spending increases inflation and lowers real rates, it also increases risk, which encourages households to save and dampens the increase in current spending. But if risk is countercyclical, precautionary savings and expected inflation work in the same direction, both increasing the output multiplier.

Our results suggest that heterogeneity and incomplete markets can radically change outcomes in New Keynesian models—albeit in a way that depends on the cyclicality of income risk—even when there is no heterogeneity in the marginal propensity to consume. This does not mean MPC heterogeneity is irrelevant. When we introduce MPC heterogeneity in our model, this does not change our conclusions regarding the importance of the cyclicality of risk: procyclical risk remains necessary to weaken the forward guidance puzzle or reduce the size of the government spending multiplier. However, as other researchers have emphasized, MPC heterogeneity can change the
contemporaneous sensitivity of output to interest rates, the effectiveness of deficit financed fiscal expansions, and so forth.

One advantage of our tractable modeling framework is that it can easily be extended to incorporate new features (such as persistent rather than transitory shocks to idiosyncratic income) or to ask new questions. In
ongoing work with Edouard Challe of the Center for Research in Economics and Statistics and Ecole Polytechnique we use a variant of this model to study how heterogeneity and idiosyncratic risk should affect the optimal conduct of monetary policy. We hope that our framework will prove useful to other researchers as well.

Sushant Acharya is a senior economist in the Federal Reserve Bank of New York’s Research and Statistics Group.