« Cyberattacks and Supply Chain Disruptions | Main | Banking the Unbanked: The Past and Future of the Free Checking Account » 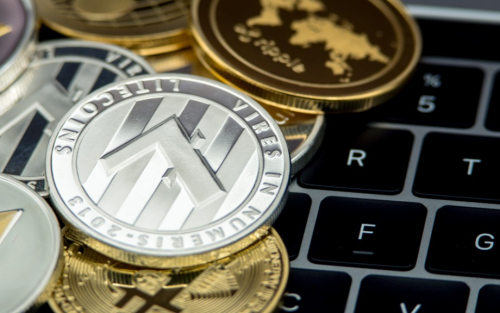 Recent developments in payments technology raise important questions about the role of central banks either in providing a digital currency themselves or in supporting the development of digital currencies by private actors, as some authors of this post have discussed in a recent IMF blog post. In this post, we consider two ways a central bank could choose to become involved with digital currencies and discuss some implications of these potential choices.

How Could a Central Bank Support Stablecoins?
One criticism of cryptocurrencies, such as Bitcoin, is that they exhibit excessive price volatility, which undermines their ability to serve as a common means of payment. And yet, cryptocurrencies’ underlying technologies potentially open the door to new and better types of financial transactions—ones that are safer, cheaper, customizable, and accessible to more consumers. Drawbacks arising from price volatility have contributed to the emergence of stablecoins, which strive to stabilize the value of a cryptocurrency by backing it with safe assets—generally bank deposits or government securities. These so-called “safe” assets, however, may not be entirely devoid of credit and liquidity risk. Accordingly, in crisis times, runs on stablecoins could materialize if providers hold insufficient reserves and equity capital to redeem coins at their face value into cash.

One resolution to this problem—an approach that directly involves central banks—would be to back stablecoins one-for-one with balances in a central bank account. In this case, coins would represent a credible and stable representation of central bank money, at any point in time (provided an appropriate legal structure ensured that end-users would be paid in full if the stablecoin issuer went bankrupt). Balances in a central bank account are risk-free and could potentially earn interest. In addition, central banks could oversee stablecoin issuers in exchange for account access, thereby reducing the risk that these institutions may pose to the financial system.

The approach discussed above underlies several ongoing projects. In the context of cross-border payments, the goal is to create representation of central bank liabilities, so that cross-currency transactions can occur within its platform (see, for example, Fnality). It is also similar, in spirit, to the People’s Bank of China (China’s central bank) requiring Alipay and WeChat Pay to fully back clients’ balances with funds in a central bank account.

A CBDC could have several advantages over stablecoins; one is safety. In contrast to a stablecoin, which is the liability of a private institution, a CBDC would be the liability of a central bank. Nevertheless, a stablecoin that is fully backed by balances in a central bank account would be (almost) as safe as a CBDC. Another advantage of a CBDC is that it can be designed to meet public policy objectives. For instance, a CBDC could offer features that ensure equal access to citizens, facilitate direct payments from the government, or provide heightened privacy protection.

It would also, however, open up the possibility to use the CBDC to back a stablecoin instead of government securities or bank deposits. Why would a private entity want to back a stablecoin with a CBDC? One reason is that the stablecoin would be safer to end-users and thus more attractive than those backed with other assets. Why attempt to compete with the CBDC? A company might believe that it can build a more convenient and innovative form of money than the one available from the central bank. Central banks do not have a lot of experience developing and updating mass market products or interacting with retail consumers. By contrast, competition between private sector entities has spurred the availability of a vast array of convenient consumer products.

Implementing a CBDC would require substantial changes to the existing payments infrastructure. As it stands today, even setting up a stablecoin backed by balances in a central bank account is impractical, if not impossible, in many countries. By comparison, a CBDC proposes an even more radical change: it would make a central bank liability widely available, including to private sector firms that could develop a stablecoin backed by such a CBDC.

Of course, central banks need not be averse to creating a CBDC that could revolutionize payments. It could empower central banks to better serve the financial system and the public more broadly, including through partnerships with the private sector. Nevertheless, these changes can carry risk and should be considered thoughtfully.

Tobias Adrian is the financial counsellor and director of the International Monetary Fund’s Monetary and Capital Markets Department.

Tommaso Mancini-Griffoli is a deputy division chief in the Monetary and Capital Markets Department at the International Monetary Fund.

Related Reading
What’s the Case for Central Bank Currencies?
Token- or Account-Based? A Digital Currency Can Be Both
What Do Cryptocurrencies Have to Do with Trust?