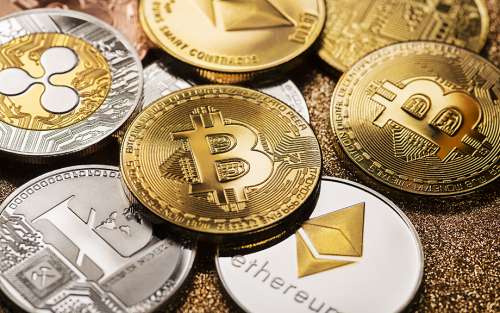 Since the launch of Bitcoin and other first-generation cryptocurrencies, there has been extensive experimentation in the digital currency space. So far, however, digital currencies have yet to gain much ground as a means of payment. Is there a vacuum in the landscape of digital money and payments that central banks are naturally positioned to fill? In this post, Michael Lee and Antoine Martin, economists in the New York Fed’s Money and Payment Studies function, answer some questions regarding the concept of central bank digital currencies (CBDCs).

Q: There’s a lot of buzz about central bank digital currencies these days. How has the pandemic accelerated these discussions?

In addition to being a major public health crisis, COVID led to major changes in the usage of payment methods, as noted in this Liberty Street Economics post. Given the benefits of contactless payments amidst the pandemic, a lot of people have adopted digital payment solutions. Another factor has been the difficulty of getting stimulus payments to all eligible recipients due to gaps in account data and contact information. Plus, stimulus payments were disbursed by check, which is not the most efficient form of payment available today. And there is still the issue of getting funds to the unbanked. Some have proposed that a CBDC could address some of these issues by providing expanded and direct access to funds instantaneously.

In a prior blog post, we highlighted two distinct features to keep in mind when considering various digital currencies. We differentiate between the “money” that is being exchanged, and the “exchange mechanism.”

Stablecoins try to replicate central bank money by stabilizing the value of the digital currency. They do so by promising to back the coins with financial assets or cash. However, a CBDC differs on both dimensions from stablecoins as well, at least those that exist today. First, stablecoins are riskier, as the value of the assets backing the coin could fluctuate, or these assets may not be present, despite promises made. Second, some stablecoins still try to avoid a central intermediary. With the involvement of a central bank, a CBDC would be a quintessential form of stable money, a dollar bill in digital form.

Q: Would a CBDC be built using distributed ledger technology?

A CBDC can certainly involve the use of distributed ledger technology (DLT). However, that does not need to be the case. Some central banks have experimented with CBDCs for interbank payments using DLT (see projects by the Bank of Canada and Monetary Authority of Singapore, for example), but not all central banks appear to be going this route. A range of designs are being explored, as noted in this working paper from the Bank for International Settlements.

Q: What problems might a central bank digital currency solve?

CBDC proponents point to a variety of existing and emerging issues. At a basic level, CBDC could improve the efficiencies of payments, especially in high-friction areas, such as cross-border payments. From a technological perspective, a CBDC may prompt innovations in financial services, as it may enable the private sector to provide new and innovative services. Finally, from a consumer welfare perspective, a CBDC may have a role in safeguarding privacy and improving access to finance.

Q: These seem like broad issues. Is a CBDC the only solution?

Certainly not. All of these dimensions are active policy issues that are being tackled from multiple directions. There’s a lot of effort aimed at modernizing payments and, in particular, speeding the settlement process. An example is the FedNow ServiceSM. For major pain points, such as cross-border payments, there’s a lot of innovation, both private and public, to improve transactions. The Committee of Payments and Markets Infrastructure (CPMI) and other international organizations have been pushing to improve cross-border communication and coordination around such issues. These other approaches are evolutionary improvements on the existing system. A CBDC would be an attempt to solve some of these issues with much more revolutionary changes. Whether that happens remains to be seen.

Q: Okay, so it’s not clear that a CBDC is the obvious solution to any given problem. What considerations might make a CBDC the right approach?

Since CBDCs are part of several possible options, it is important to understand the costs and benefits of all the alternatives. To do so, we need to better understand the underlying frictions that cause the problems we face today.

How should the CBDC be designed? In a previous blog post, we note that while new technologies might enable us to do fundamentally new things (as Bitcoin allows us to make payments without a third party), those advances might not be very useful (Bitcoin is too clunky). We also need to also consider the best arrangement for private and public collaboration. What things are central banks good at? What things is the private sector good at? How can we manage the development of CBDCs in a safe and robust manner?

Ultimately, new technologies can only be part of the potential solutions to the policy goals outlined above. New technologies will need to be accompanied by an appropriate legal and regulatory structure. For example, let’s consider access to finance. Whether a CBDC can help achieve better access to finance may depend less on the technology on which it is built, than on how it might enable certain policies or influence the incentives and dynamics of the free market.

Q: What are the next steps for CBDC development?

There’s a vibrant discussion and research on addressing these questions, both inside the Federal Reserve System and externally. The need for collaboration on digital dollars has been emphasized by multiple Fed policymakers, including Chair Jerome Powell and Governor Lael Brainard. The Federal Reserve Bank of Boston has started Project Hamilton, a collaboration with the Digital Currency Initiative at the Massachusetts Institute of Technology to perform technical research related to a central bank digital currency. A CBDC in any jurisdiction would likely to be a joint endeavor with collaboration between the public and private sectors, to better understand if and how it should be implemented.