The amount borrowed from the rest of the world is measured by the current account balance, which is the broadest measure of cross-border transactions. As seen in the chart below, the United States was spending substantially above its income before the recession, to the tune of 5.8 percent of GDP in 2006. The amount of borrowing fell during the recession and started to rebound in 2010, but borrowing has since trended down. 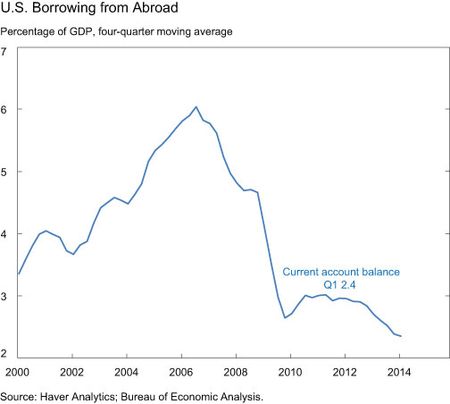 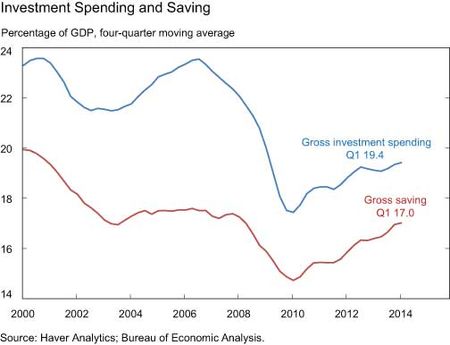 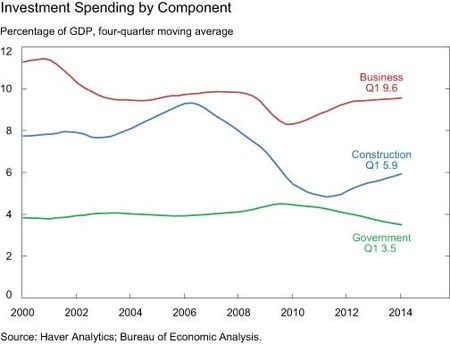 GDP data include a measure of saving that breaks down gross saving into personal, business, and government components. As seen in the next chart, the business component, which consists largely of undistributed profits and depreciation, is roughly twice as large as personal saving. Both rose as a share of GDP in 2009-10 and remain above pre-recession levels, even after trending down recently. 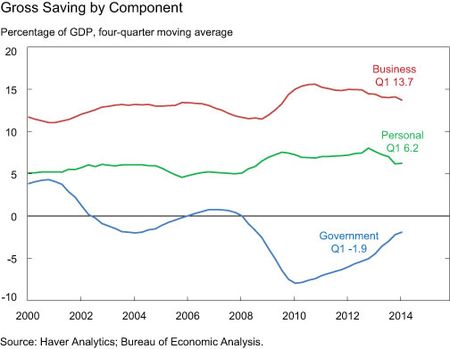 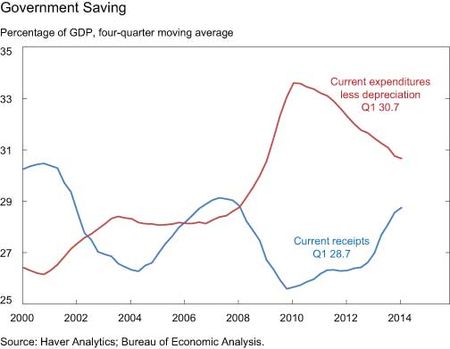 It needs to be noted that the GDP measure of saving in 2013 is higher than the measure derived from current account and investment spending data seen in the second chart of this post. The difference is substantial, with the GDP measure having U.S. borrowing falling to 1.3 percent of GDP last year instead of 2.4 percent. Revisions will hopefully reduce this disagreement and clarify the extent and the causes of the drop in U.S. borrowing.

Preston Mui is a senior research analyst in the Bank’s Research and Statistics Group.