« Standard Elements of a Monetary Policy Implementation Framework | Main | What Is the Composition of Central Bank Balance Sheets in Normal Times? » 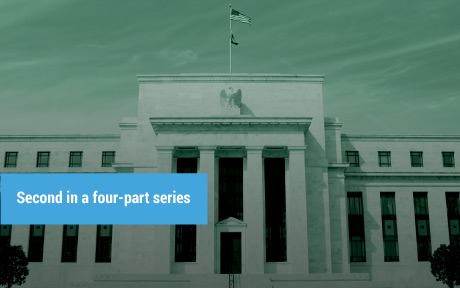 Although there are some exceptions, central banks normally provide liquidity against collateral and to a restricted set of counterparties. The objective of these restrictions is to limit the central bank’s exposure to credit risk. Any losses are ultimately borne by taxpayers, so it is important to avoid them. Indeed, most central banks make profits that are rebated to the government. Lower profits, or an outright loss, would have to be made up by additional tax revenue or expenditure reductions. Large or regular losses could also weaken a central bank’s reputation and threaten its independence. For a more detailed discussion of central bank collateral and counterparty policies, see the IMF working paper, “Central Bank Collateral Frameworks: Principles and Policies.” For a detailed description of a current collateral and counterparty framework, see the Bank of England’s Red Book.

Although a wider set of counterparties can increase a central bank’s monitoring costs, such expenses can be reduced by requiring collateral, particularly if the required collateral is very safe. Nevertheless, it is important for a central bank to be able to assess the solvency and viability of its counterparties. This is one reason central banks often have supervisory authority over the institutions to which they can lend.

Most central banks have largely the same counterparties in their market operations and standing facilities. This is the case, for instance, for the European Central Bank (ECB), the Bank of England (BoE), Norges Bank, and the Reserve Bank of Australia (RBA). However, the RBA uses a more expansive definition of eligible institutions for its market operations than for its standing facilities. The Federal Reserve has different counterparties for its short-term market operations, which are directed at adjusting the supply of reserves, than for its standing facilities, which can help prevent market rates from increasing too much. The supply of reserves is typically adjusted through repurchase agreements, or repos, with primary dealers that are not necessarily deposit-taking banks, and most deposit-taking U.S. banks do not participate in these operations. Conversely, only deposit-taking U.S. banks have access to liquidity insurance through the discount window.

Some counterparties can lend to the central bank but cannot borrow. For example, the Fed borrows from money market mutual funds (MMFs) through its reverse repo (RRP) program, but MMFs cannot borrow from the Fed. In addition, some central banks give or have the discretion to give non-banks access to facilities or market operations for financial stability purposes, but we will not discuss that further here.

When setting their collateral policies, central banks need to balance the need for adequate protection against possible losses with the need for the collateral to be sufficiently plentiful. If the acceptable collateral is too scarce, the central bank may not be able to conduct the open market operations necessary to implement monetary policy effectively and to support the smooth functioning of the payment system.

Some central banks, including the Fed, only accept a narrow set of very safe collateral for their monetary policy operations, such as domestic government debt and debt issued by domestic government-guaranteed agencies. These assets are risk free from the point of view of the consolidated sovereign and are accepted by all central banks. Accepting only this restricted set works well if the supply of outstanding government bonds in local currency is large, or if the liquidity needs of the financial system are small. Historically that has been the scenario faced by the Fed, although there were some concerns that the supply of government debt might become too small around the turn of the century, as discussed in this paper from the Federal Reserve Bank of Kansas City. The BoE also accepted only a narrow range of collateral before the crisis, although it accepted some highly rated non-domestic government debt.

In some cases, allowing only domestic government debt and debt issued by domestic government-guaranteed agencies as collateral will not be sufficient for a central bank to carry out the necessary monetary operations. For example, some countries have too little outstanding sovereign debt. This is the case for the Reserve Bank of Australia and the Reserve Bank of New Zealand. Furthermore, some interbank payment systems require a lot of central bank lending in order to function smoothly. This is the case for Norges Bank. In each of these cases, it may be necessary to expand the set of acceptable collateral at the central bank. Finally, the ECB, and thus the Eurosystem—which comprises national central banks in the euro area and the ECB—accepts a broad range of assets as collateral. The aim is to enable a broad and heterogeneous set of banks to borrow from the central bank and to avoid a preferential treatment of government debt.

When central banks accept a wider set of collateral, they face a trade-off between different sources of risk. Enlarging the set of acceptable collateral beyond home-country sovereign debt means accepting riskier securities. One possibility is to accept highly rated privately issued bonds, such as covered bonds. Another is to accept sovereign debt issued by other countries, although this will expose the central bank to exchange rate risk. Central banks that accept a wide range of issuers and currency denominations typically require both public and private collateral to be highly rated.

To protect the central bank against the risk that the collateral will fall in value (in local currency terms), central banks require the loans they make to be over-collateralized—meaning that the value of the collateral exceeds the value of the loan. The amount of overcollateralization varies depending on the risk associated with the collateral, including the exchange-rate risk when the collateral is denominated in a foreign currency. These margins, or haircuts, are typically based on the observed volatility in the market prices of the respective securities. Prior to the financial crisis, haircuts typically varied from less than 1 percent to around 40 percent. For an example of a set of haircuts see the Fed’s discount window haircuts.

Central banks conduct their lending through a limited number of counterparties and against collateral. The main aims of these policies are to protect the central banks against risk of losses, while ensuring implementation of monetary policy and smooth functioning of the payment system. There is significant variation in the counterparty and collateral regimes put into place to achieve these goals.