« International Evidence on the Use and Effectiveness of Macroprudential Policies | Main | Historical Echoes: When Fed Chairs Expound on Life »

Just Released: Presenting U.S. Economy in a Snapshot at Our Economic Press Briefing 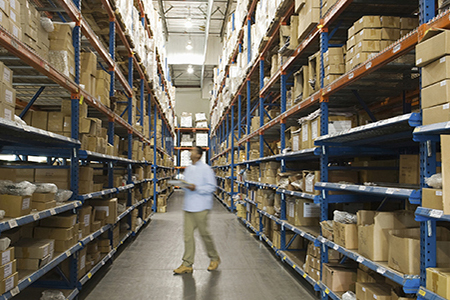 Monitoring the economic and financial landscape is a difficult task. Part of the challenge stems from simply having access to data. Even if this requirement is met, there is the issue of identifying the key economic data releases and financial variables to focus on among the vast number of available series. It is also critical to be able to interpret movements in the data and to know their implications for the economy. Since last June, New York Fed research economists have been helping on this front, by producing U.S. Economy in a Snapshot, a series of charts and commentary capturing important economic and financial developments. At today’s Economic Press Briefing, we took reporters covering the Federal Reserve through the story of how and why the Snapshot is produced, and how it can be helpful in understanding the U.S. economy.

Our presentation drew from the May Snapshot and focused on several issues of current interest. For example, there was a marked slowdown in the growth of consumer spending in 2016:Q1 despite relatively low gasoline prices, solid growth in real disposable income, and a labor market that has shown steady improvement. In addition, there are tentative signs that the manufacturing sector may be stabilizing in the aftermath of a strong dollar and weakness overseas that depressed demand for U.S. exports. Related to the previous point, the manufacturing sector has also been impacted by low oil prices that have led to a significant pullback in oil and gas drilling activity and resulted in a decline of business investment in nonresidential structures. On the inflation front, the decline in goods prices since 2013 stemming from lower import prices has acted to restrain core inflation.

We also reviewed the range of content that readers can expect to find in each monthly release. For example, we regularly feature a broad range of topics that includes labor and financial markets, the behavior of consumers and firms, as well as survey responses and the global economy. Moreover, there is typically a “Special Topic” section whose coverage can range from reporting results from the New York Fed’s Survey of Consumer Expectations or Consumer Credit Panel, providing a summary of Liberty Street Economics blog posts, or highlighting research by New York Fed economists such as the decomposition of oil price changes into demand and supply effects.

The Snapshot is typically posted in the middle of every month—subject to any restrictions associated with the meeting schedule of the Federal Open Market Committee. We have also recently expanded, to the fullest extent possible, the number of charts for which we post spreadsheet data.

For the latest Snapshot and accompanying spreadsheet data as well as other information such as previous publications, posting schedule, and subscription instructions, visit the U.S. Economy in a Snapshot website. We also tweet highlights of each release on our New York Fed Research Twitter account (follow @nyfedresearch).