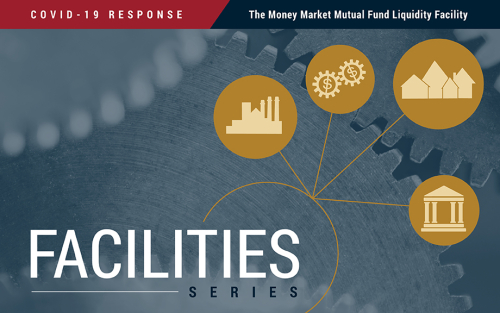 The Fed Intervention and Its Goals
From March 2 to March 23, the assets under management (AUM) of prime and muni MMFs dropped by $120 billion (15 percent of the industry) and $9 billion (7 percent of the industry). To prevent outflows from prime and muni MMFs from turning into an industry-wide run, as happened in September 2008 when one prime MMF “broke the buck,” the Federal Reserve announced the establishment of the Money Market Mutual Fund Liquidity Facility, or MMLF, on March 18. Under this facility, the Federal Reserve Bank of Boston provides loans to eligible borrowers (U.S. depository institutions, bank holding companies, and branches and agencies of foreign banks), taking as collateral eligible securities purchased from prime and muni MMFs. The U.S. Department of the Treasury provides $10 billion of credit protection to the Federal Reserve from the Treasury's Exchange Stabilization Fund.

The Direct Effects
The facility has been very successful, over a short period of time, at slowing investor outflows from prime and muni MMFs and improving conditions in money markets. As the charts below show, since the facility's inception to the end of March, prime MMFs only suffered a $20 billion decline in AUM, more than half of which occurred over the first two days after the inception (before CDs and VRDNs became eligible collateral on March 25); on April 2, prime MMFs started to experience moderate inflows. 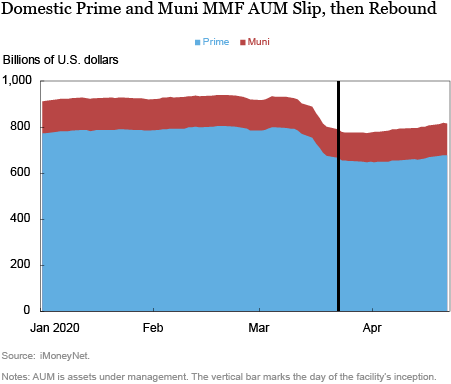 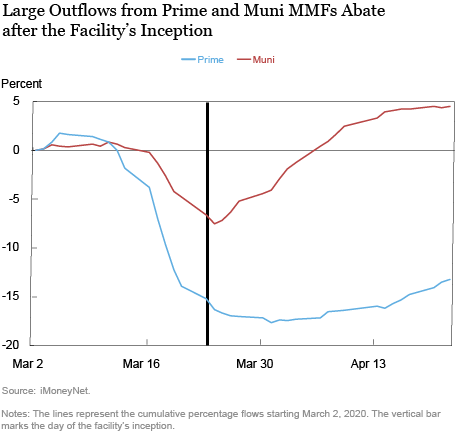 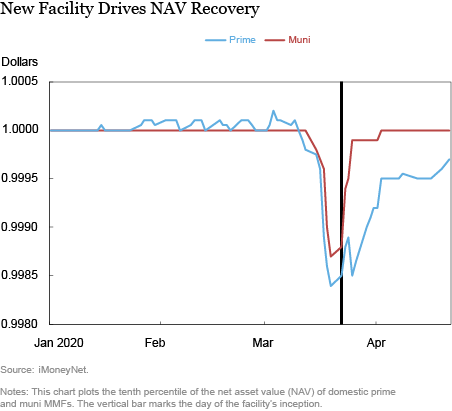 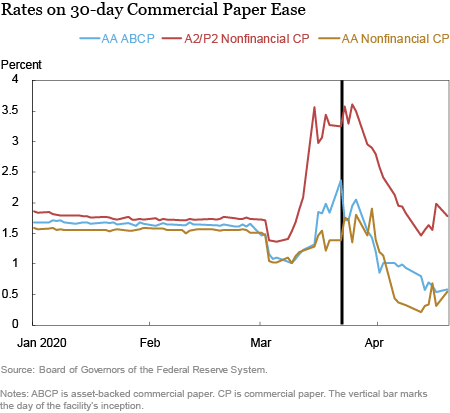 The Indirect Effects
Offshore USD MMFs are funds domiciled abroad that, similarly to domestic MMFs, invest in dollar-denominated money-market instruments with short maturity and high credit quality; also similarly to domestic funds, they can be broadly classified into government and prime funds, depending on whether they hold mainly public or private debt. They mainly cater to institutional investors. 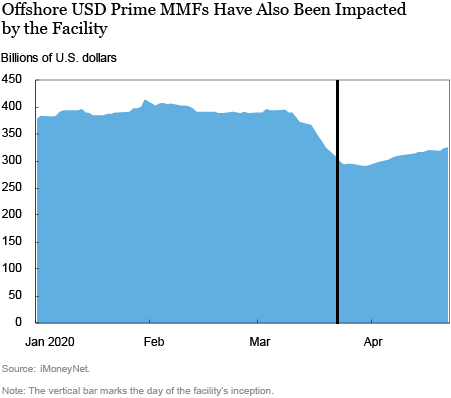 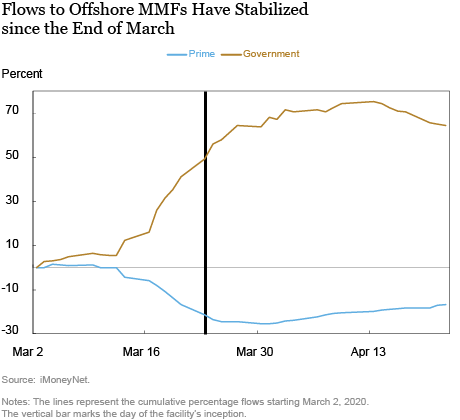 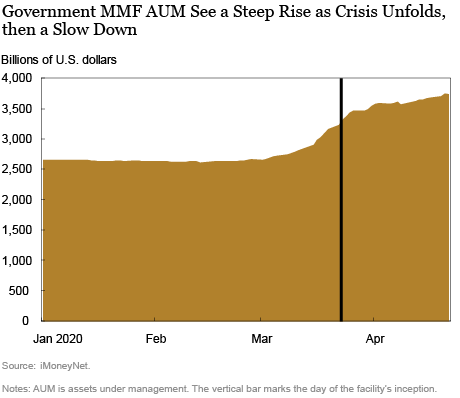 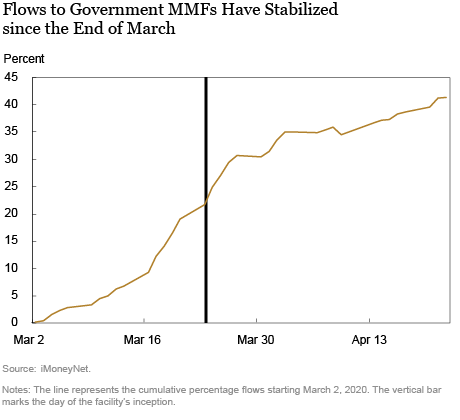 Conclusions
The MMLF helped reduce outflows from prime and municipal MMFs. The facility not only helped avoid a broad run on the MMF industry but also eased the strains in money markets that had emerged since the second week of March. Because of its positive effect on secondary markets, the facility has also had a beneficial impact on offshore MMFs, which it does not directly target. By helping prime and muni MMFs meet demands for redemptions and by reducing outflows from the industry, the facility not only improves overall market functioning but also supports the provision of credit to the real economy.