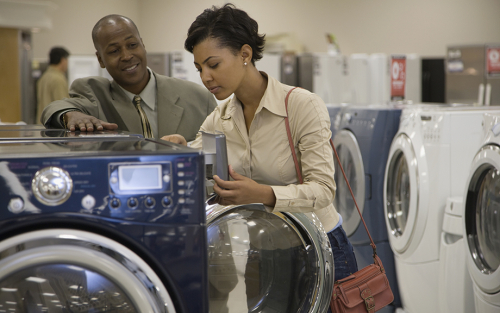 The New York Fed’s Center for Microeconomic Data released results today from its August 2020 SCE Household Spending Survey and SCE Public Policy Survey. The former provides information on consumers’ experiences and expectations regarding household spending, while the latter provides information on consumers’ expectations regarding future changes for a wide range of fiscal and social policies and the potential impact of these changes on their households. These data have been collected every four months since December 2014 for the SCE Household Spending Survey and October 2015 for the SCE Public Policy Survey as part of the Survey of Consumer Expectations (SCE).

In this post, we highlight the key takeaways from today’s data releases regarding the evolution of households’ spending and public policy expectations.

Households report a median increase of 1.9 percent in monthly spending in August compared to twelve months earlier, considerably higher than the median April spending growth reading of 1.0 percent, but remaining below August 2019 and December 2019 readings of 2.3 percent and 2.5 percent, respectively. The increase was driven by respondents without a college degree, with spending growth for those with a college degree remaining anemic at only 0.6 percent. Together with the rebound in overall spending, we see an increase in the share of households who reported making a large purchase over the past four months from 51 percent in April to 54 percent in August, although the share remains below its 2019 average level of 61 percent. As in April, we see persistently higher shares of households reporting large purchases on furniture, home appliances, and home repairs (at 13 percent, 15 percent, and 23 percent, respectively), while the share reporting spending on trips and vacations (at 13 percent) remains only 0.1 percentage point above the series low in April 2020 (and 18 percentage points below the series high reached in August 2018).

Median expected year-ahead monthly spending growth also rebounded from 1.5 percent in April to 2.2 percent in August, but remains slightly below its December and year-ago levels of 2.4 percent and 2.5 percent, respectively. The increase was broad-based across age, education, and income groups. Next, we distinguish between spending on essential items (defined as daily living expenses related to what one absolutely needs) and non-essential items (such as hobbies, leisure, vacation, and other items that one does not absolutely need). We see increases from April to August in essential and non-essential median year-ahead spending growth expectations from 3.2 percent to 3.5 percent and 0.2 percent to 1.0 percent, respectively. This last reading of 3.5 percent expected spending growth on essential items is a new series high and may reflect an expected increase in rent and mortgage payments after the anticipated ending of various relief and forbearance programs. Looking at a shorter four-month horizon, households report higher average probabilities of making large purchases on furniture, home appliances, and home repairs, while the average likelihood of spending on trips and vacations, and of buying a vehicle, declined further to new series lows.

Expectations regarding year-ahead changes in welfare and unemployment benefits showed some moderation, with the average likelihood of further expansions falling from 39 percent and 53 percent in April to 32 percent and 31 percent in August, respectively. Despite the decline, expectations of continued program expansion or benefit-level increases remain considerably higher than pre-COVID-19 levels. The average likelihood of a decrease in welfare benefits dropped further in August to 15 percent, a new series low. Yet, respondents report an average probability of 22 percent of a future decrease in unemployment benefits, substantially above the April level of 14 percent.

For many other assistance and social insurance programs, such as Medicare, social security benefits, and federal student aid, we see stable or slightly lower average reported likelihoods of further increases or expansions in these programs, but continued declines in the average probability of a future decline or reduction, all falling below or remaining near the series’ low levels. Finally, with respect to expectations of year-ahead changes in income taxes, we see growth in the likelihood of an increase in the average income tax rate over the next year, rising from 34 percent in April to 37 percent in August, the highest level since 2016. Similarly, the average probability of an increase in the tax rate for the highest income bracket increased from 30 percent in April to 37 percent, a new series high.

For further details, check out the full set of interactive charts on spending and public policy expectations on the Center for Microeconomic Data website.