« What Do Rating Agencies Think about “Too-Big-to-Fail” Since Dodd-Frank? | Main | Did the West Coast Port Dispute Contribute to the First-Quarter GDP Slowdown? » 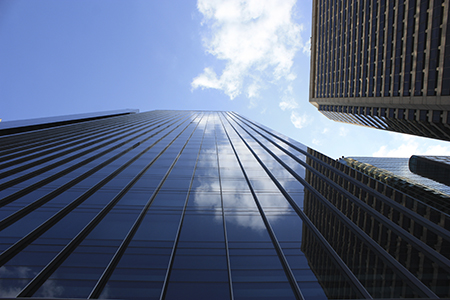 In our previous post, we concluded that, in rating agencies’ views, there is no clear consensus on whether the Dodd-Frank Act has eliminated “too-big-to-fail” in the United States. Today, we discuss whether bond market participants share these views.

Contrary to our hypothesis, the difference in option-adjusted spreads to Treasuries of the parent companies and their subsidiary banks, shown in the chart below, has not widened since the Dodd-Frank Act was enacted. 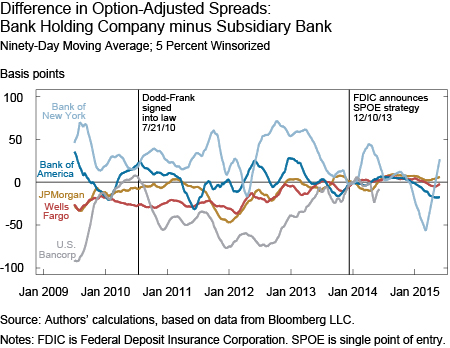 Perhaps the missing effect of the Dodd-Frank Act on relative spreads reflects liquidity issues in the bond market. To address this possibility, we turned to the credit default swap (CDS) market and compared spreads on CDS contracts for parent companies and their bank subsidiaries. The difference in these spreads, shown next, also did not increase following passage of the Dodd-Frank Act or the announcement of the SPOE strategy. 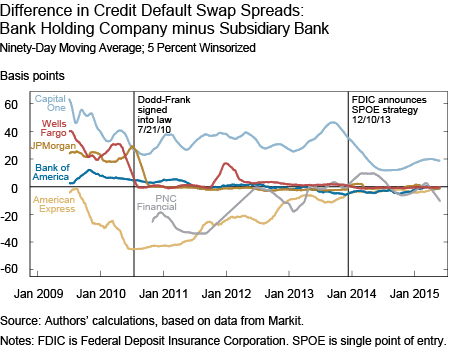 Our previous post demonstrated that rating agencies do not have a unanimous view of the current level of government support of U.S. commercial banks and their holding companies. The results here indicate that market participants’ perceptions of the relative risk have not increased as one would have expected given the new resolution framework introduced by the Dodd-Frank Act. It is possible that these findings (or lack of) apply only to the banking organizations we were limited to in our analysis. However, our sample does include some of the organizations for which the new resolution framework will matter the most.

Together the evidence suggests that rating agencies and market participants may have some doubts about the ability, so far, of the Dodd-Frank Act to deal with “too big to fail.” However, some observers have argued that once all provisions of the Dodd-Frank Act are implemented, any remaining expectations of government support will disappear. Time will tell.