« What Makes a Safe Asset Safe? | Main | Did Investor Sentiment Affect Credit Risk around the 2016 Election? »

This post presents our quarterly update of the economic forecast generated by the Federal Reserve Bank of New York’s dynamic stochastic general equilibrium (DSGE) model. We describe very briefly our forecast and its change since August 2017.

The November model forecast for 2017–20 is summarized in the table below, alongside the August forecast, and in the charts that follow. The model uses quarterly macroeconomic data released through the third quarter of 2017 and available financial data through November 1, 2017. 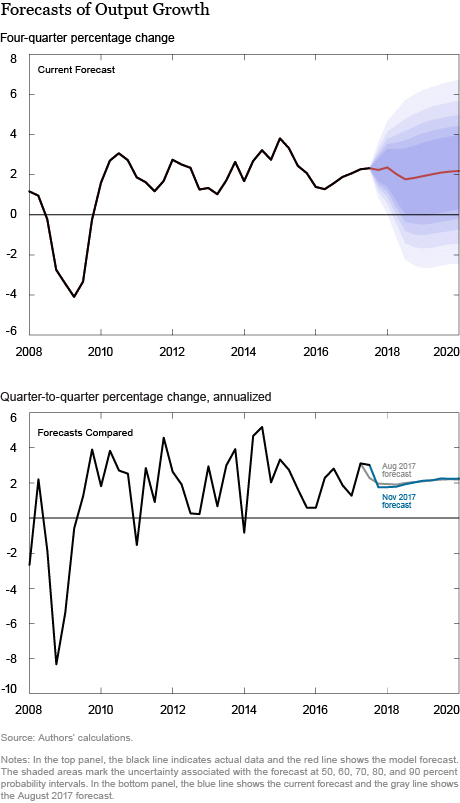 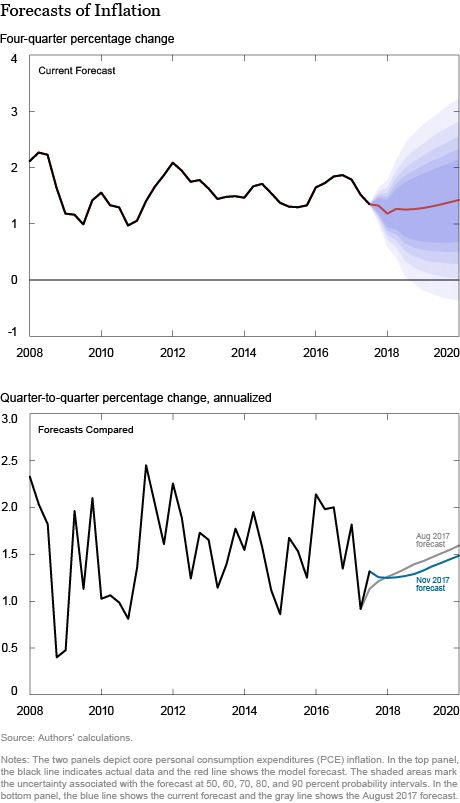 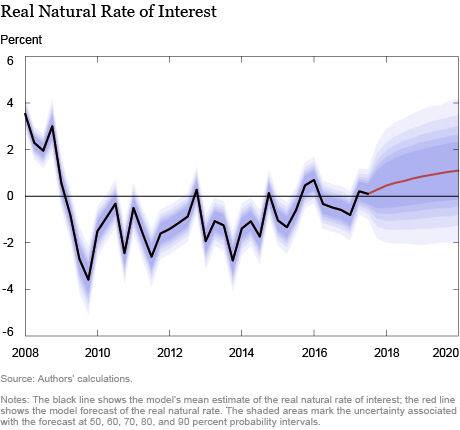 Michael Cai is a senior research analyst in the Bank’s Research and Statistics Group.