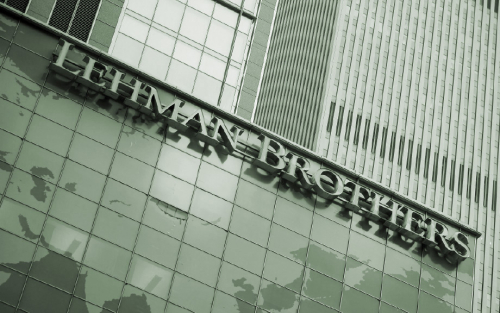 In bankruptcy, firms incur expenses for services provided by lawyers, accountants, and other professionals. Such expenses can be quite high, especially for complex resolutions. These direct costs of bankruptcy proceedings reduce a firm’s value below its fundamental level, thus constituting a “deadweight loss.” Bankruptcy also carries indirect costs, such as the loss in value of assets trapped in bankruptcy—a subject discussed in our previous post. In this post, we provide the first comprehensive estimates of the direct costs of resolving Lehman Brothers’ holding company (LBHI) and its affiliates under Chapter 11 of the U.S. Bankruptcy Code, and of Lehman’s broker-dealer (LBI) under the Securities Investor Protection Act (SIPA).

Fees and Expenses in Lehman’s Bankruptcy

Fees and expenses in Lehman’s Chapter 11 bankruptcy include professional and consulting fees of third-party service providers; compensation and benefits to Lehman employees and to A&M’s Real Estate Advisory, which administered the liquidation process; and outsourced services costs (for example, costs incurred on infrastructure and technology services, occupancy rents, data and storage fees, taxes, and insurance costs). The full extent of these fees, especially those for the first two years of Lehman’s bankruptcy, is hard to pin down because the details are dispersed across many documents and reported in different formats. Consequently, most published accounts report partial estimates. In the chart below, we provide—for the first time—total expense figures for Lehman’s bankruptcy, broken down by category. 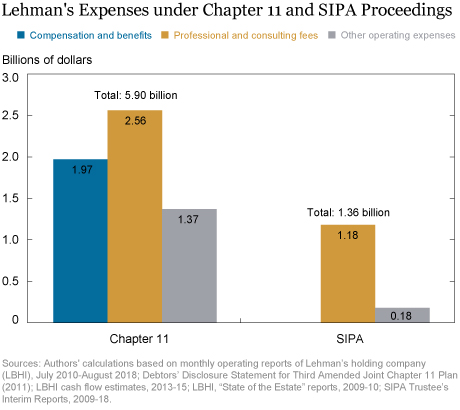 LBHI’s total expenses in Chapter 11 come to almost $6 billion (left-hand side), with professional and consulting fees being about half of the total and compensation and benefits comprising about a third. The expenses incurred by LBI in the separate SIPA proceedings (see previous post for details) amount to $1.36 billion (right-hand side). Note that SIPA expense categories are reported differently than those in Chapter 11. In addition to professional fees, which constitute the bulk of LBI’s expenses, there are other operating expenses, which include service fees provided to Barclays (which took over some of LBI’s customer accounts) plus rent, data and storage fees, and other operational costs. Some of these were fees that LBI paid to LBHI for services provided. All together, expenses for the Chapter 11 and SIPA proceedings add up to $7.26 billion.

Although the Chapter 11 proceedings are set to continue for some time, our figures include expected estimates for the remaining period of resolution, as reported by the Lehman debtors. Moreover, the SIPA resolution is essentially complete. Thus, the expenses reported in the chart above are likely a fair estimate of the total expenses from these resolutions. However, expenses for resolving other Lehman entities, such as its non-U.S. affiliates, are not available. As a result, our estimates should be viewed as a lower bound on the total expenses associated with Lehman’s resolution.

How Do Lehman’s Bankruptcy Fees and Expenses Compare with Previous Resolution Expenses?

In nominal terms, Lehman’s bankruptcy fees and expenses far exceed those of any previous Chapter 11 bankruptcy. For example, in the largest nonfinancial bankruptcy to date, that of Enron, fees were less than $1 billion. Lehman’s SIPA fees also exceed those for other large financial firms. For example, administrative expenses for resolving the securities affiliate of MF Global were about $312 million.

To facilitate comparisons with other bankruptcies, we express Lehman’s Chapter 11 expenses as a share of the book value of assets (equal to $298 billion) held by Lehman and its affiliates, as of the bankruptcy filing date of each entity. For the SIPA resolution, we use the total value of customer claims at the start of the resolution process. The table below reports these shares. 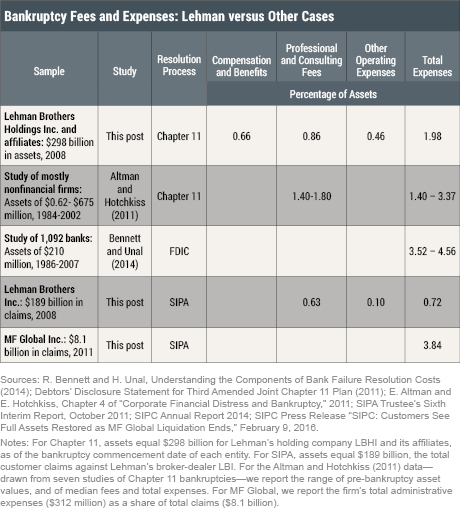 Thus, in comparison with previous Chapter 11 bankruptcies, Lehman’s professional fees were in line with historical norms while its total expenses were toward the lower range of historical values. However, Lehman’s pre-bankruptcy assets were almost $300 billion while sample firms in the studies had assets of less than $700 million. As most studies show a negative relation between the expense ratio and asset size, we might expect that Lehman’s expense ratio should fall toward, or even below, the lower range of historical values.

The long Chapter 11 process facilitated the recovery process but also resulted in fees that were higher than initially estimated. Of Lehman’s total Chapter 11 expenses, half accrued during the first three years of bankruptcy (see chart below), when the proceedings were most chaotic, and 75 percent were incurred in the first five years. Professionals typically charge fees by the hour, and so these fees tend to be higher for bankruptcies with many claims that are resolved slowly. Compensation and benefits to professionals and employees may contain an incentive component that is tied to estimated recovery using formulae approved by the courts. 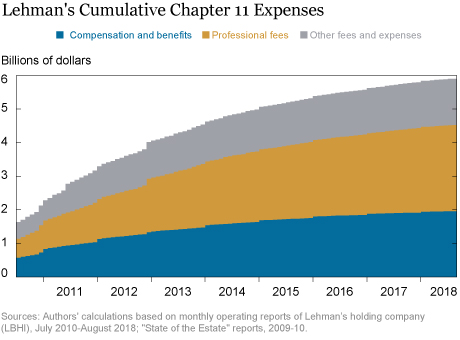 Another factor that increased Lehman’s bankruptcy expenses was the sheer number and complexity of the claims it faced, a situation that necessitated claim and trade reconciliations. Indeed, the Lehman debtors consistently underestimated the expenses that Lehman was racking up (see table below), an indication of the difficulty of predicting the outcome of the claims process. For example, expenses for 2012 were initially estimated to be $0.71 billion but actual expenses turned out to be $0.85 billion. The Chapter 11 debtors dealt with 67,000 claims worth $1.2 trillion, many of which were inflated or duplicative. Professional services were needed to manage litigation and mitigation activities related to these claims. In the SIPA resolution, LBI experienced a large number of failed transactions in September 2008 that required the SIPA Trustee to engage between fifty and ninety professionals for trade reconciliation. 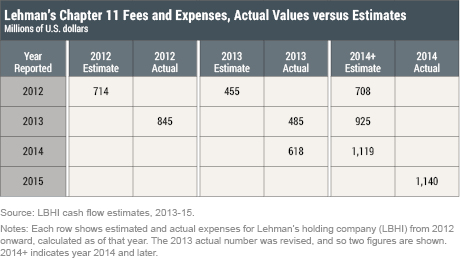