« Just Released: Press Briefing on the Survey of Consumer Expectations | Main | At the N.Y. Fed: Convening on the Evolution of Work »

As usual, we remind our readers that the DSGE model forecast is not an official New York Fed forecast, but only an input to the Research staff’s overall forecasting process. For more information about the model and the variables estimated, see our DSGE Model Q & A.

The chief changes from the May 2016 forecast are as follows:

We note, however, that the uncertainty around the output growth and inflation forecasts is substantial, as the next chart shows. 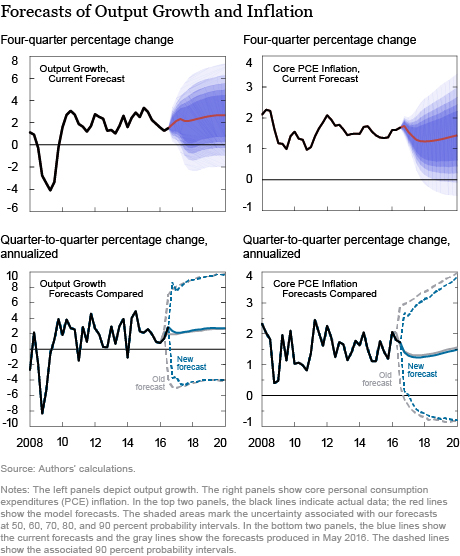 Contributing to November’s moderate inflation forecast is the fact that the level of real output is still predicted to remain below its potential over the next few years. As a result, the output gap is projected to remain negative. The uncertainty around the output gap forecasts is, however, very large (see the chart below): 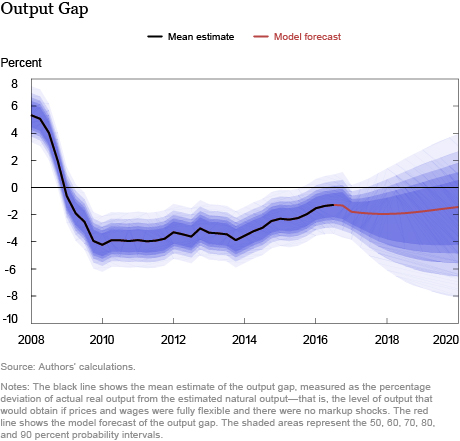 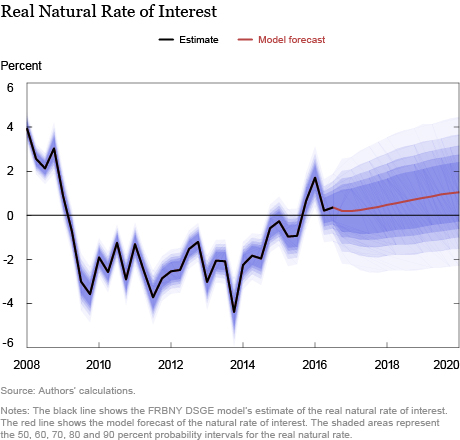 Abhi Gupta is a research analyst in the Group.

Pearl Li is a research analyst in the Group.

Thank you for your very appropriate question! The forecasts were produced at the end of October so they do not embody any changes in fiscal policy.

Hi, I guess you made no assumptions on changes to fiscal policy, right? thanks